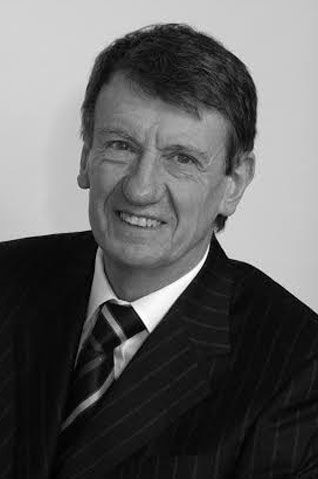 Chairman. John is the great-great grandson of Josiah Watts who founded the original company, J.S. Watts & Son. He has been a board member for nearly 50 years and he was appointed Chairman in 1999. He currently also Chairs the Watts Truck and Van board.

John’s expertise is in manufacturing; automotive and strategic leadership and he has an unrivalled amount of overall business experience.

After attending Wycliffe College, and reading mechanical sciences at Selwyn College, Cambridge, John worked briefly for Vauxhall and Marconi. He joined Watts in 1965 as a clerk with the heavy vehicle business. He has since been involved with all the Watts’ businesses, giving him considerable experience of the industries and markets in which the companies trade.

He was appointed to the Board of Watts of Lydney Group Limited in 1974, becoming Group Managing Director in 1986. He is a past President of the NTDA and BIPAVER and has continued the Watts’ tradition of involvement in and support for Gloucestershire communities.