100 years of the Watts of Lydney Group…

Minutes of first board meeting

As we approach the end of 2020, Watts of Lydney Group are not only looking back on this last year with all its challenges and its achievements but also reflecting on the last 100 years as they celebrate their centenary of incorporation at Companies House on the 22nd December.

The business was originally established in 1870, however Arthur and John Watts first incorporated the business in 1920 when JS Watts and Sons became Watts Garages Limited. Little did the brothers know how successful and diverse the company would become over the next century as it continued to evolve during even more rapid changes to the industrial world.

The incorporation is a milestone well worth celebrating as it is so rare for a family run business to thrive over this length of time across an entire century and all the changes that brings. The group stands today with a successful and multi award winning DAF dealership in South Wales; Watts Urethane, a polyurethane manufacturer in Lydney, Gloucestershire; Plysolene, a thermoplastic sheet extrusion company in West  Sussex and a successful property portfolio, Althorpe Properties. 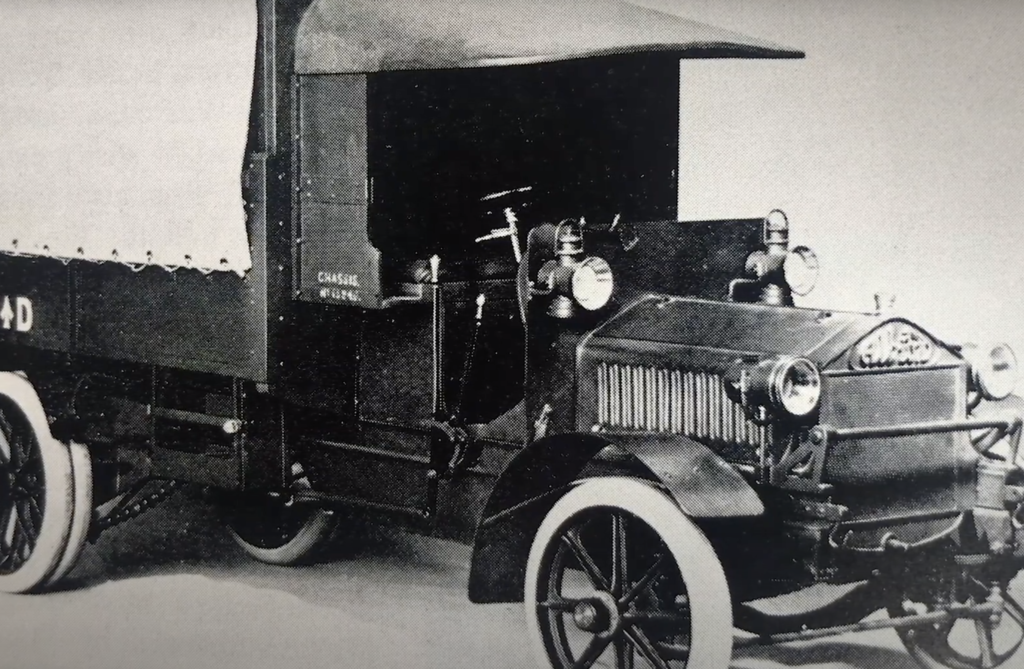 One of the most significant opportunities came about during the Second World War when Arthur Watts undertook pioneering work on the early diesel engines that became an inevitable stop towards the re-treading of tyres to meet heavy national demand at this time. This led to the retailing of pneumatic tyres in subsequent years and more than 50 years of impressive growth making Watts Industrial Tyres a significant global player in the industry. This was also a time when a strong relationship with Albion was  formed when Arthur purchased a number of Albion vehicles and spare parts post war, becoming an Albion distributor for South Wales. 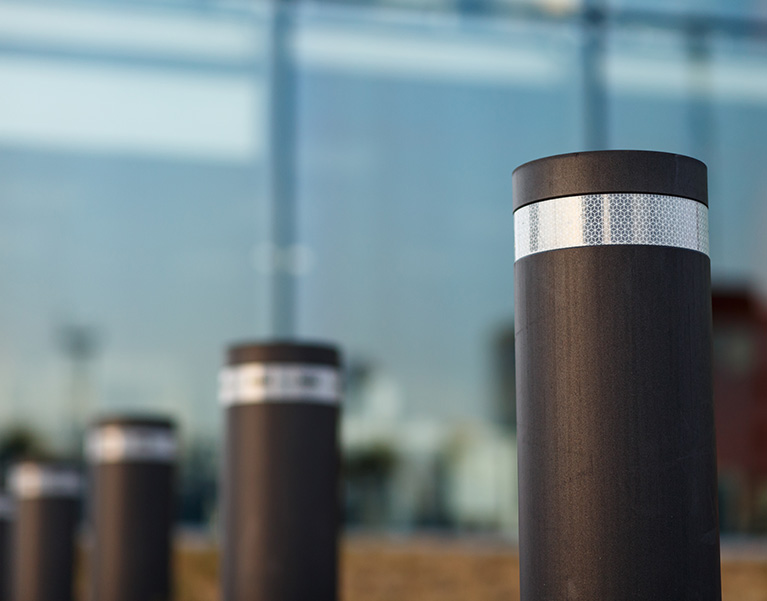 Over more recent decades there have been many opportunities for growth within other areas of the business too, taking Urethane Products from originally producing tyres, into the realms of creating bespoke and innovative solutions for polyurethane. This diverse material is now used across a wide range of industries from aviation and utilities through to military applications and even street furniture and parking bollards for major supermarkets across the UK.

The latest £1.5m investment at Plysolene to produce ABS on site

Innovation has always been key to the Watts Group success and in this vein, Plysolene have recently invested £1.5m in the installation of a brand new Kuhne machine at their site in West Sussex to begin producing ABS (Acrylonitrile Butadiene Styrene) in the UK making them the first to do so in England and Wales and so the innovation continues.

A part of the community 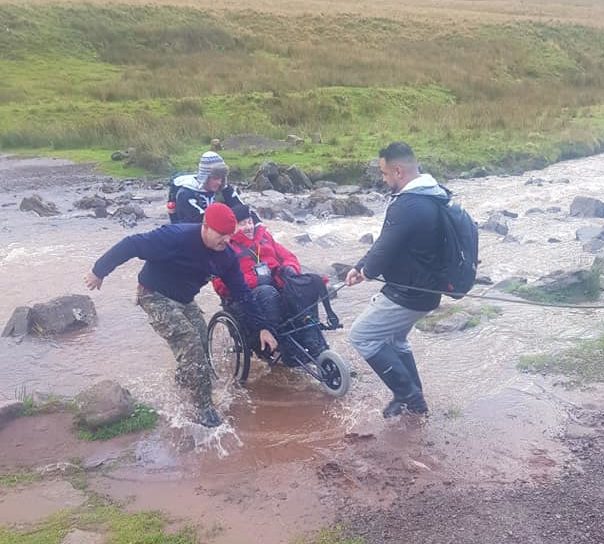 Over the years, the Watts Group has been keen to champion the local areas it operates in as well as supporting the local economy with its many charitable initiatives. It’s earned a reputation as a trusted and caring local employer boasting staff members that have been with the company for decades and prides itself on the longevity of its staff, promoting and training from within.

Always keen to give back to the community, the group has been an avid supporter of many local charities such as the Friends of Lydney Hospital, the Royal British Legion, the local rugby and tennis clubs and the local church, to name but a few. In South Wales, Watts Truck and Van have also been keen to support local causes, only last month winning the Business in the Community Responsible Business Champion Cymru Award for their active participation in supporting the Ebbw Vale Wheelchair Rugby Club, the Kids Cancer Charity, The Wales Cheerleading Team, Cardiff  Blues Community Rugby, Penycraig Regeneration and Give & Gain Day.

Truck and Van have also been keen to raise awareness, alongside one of their customers, in the importance of Mental Health particularly in the haulage industry and have even trained their Senior Managers in Mental Health First Aid with St John’s.

”I feel so privileged to have been able to follow in the foot steps of my Grandfather, Arthur Watts, and his sons. Whilst in the last 100 years society has changed and technology advanced. For the Group, some things will not change, namely our commitment to each other, and the communities in which we are involved. As we look forward in a world where the unexpected can create challenges  – we are Fit for the Future. During 2021 I know we will be able to celebrate the past, by continuing to support our communities and others.   I am most grateful to all those that have made the past 100 years possible, and to the amazing team that are the current foundation of our future”. 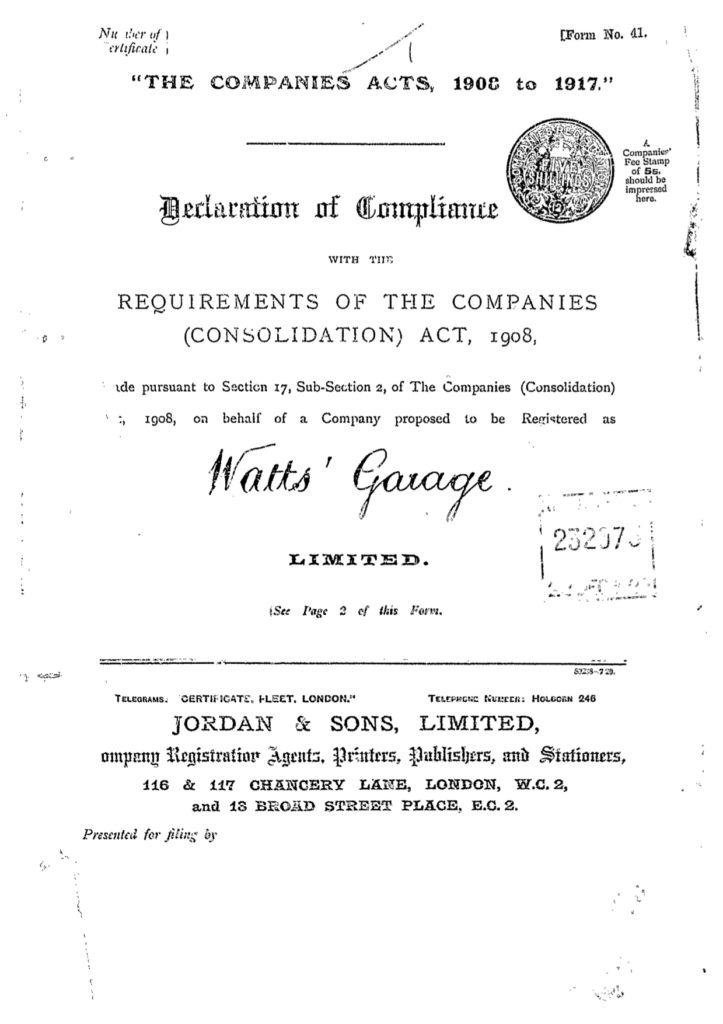